One of the most popular and well-loved dishes eaten around the world is sushi. Even if you are not Japanese or Asian for that matter, you have at one point been enticed to eat this rich and filling food. If you did find yourself enjoying this remarkable dish then it is better that you understand also where it came from. But before we dive into finding the origin of this dish, let us first get to know what sushi is and its purpose in culinary history. 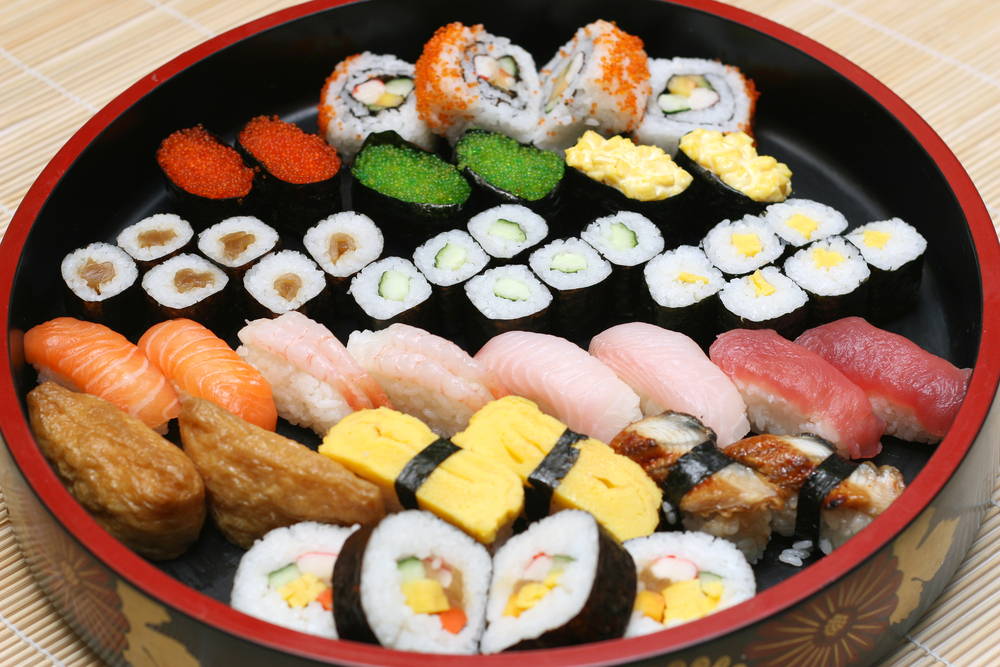 Types of Sushi with Pictures and Explanation

To begin, let’s be clear to the fact that sushi does not mean raw fish but pertains to a dish that consists of rolled rice that was seasoned with vinegar which is served with different fillings and toppings that include raw fish. However, during ancient times, sushi was meant for preservation when it was invented. Preservation is the method used by our ancestors since time immemorial to keep the food from spoilage and be stored for later use. In the case of sushi, rice is fermented to be used for storing the fish for about a year. When it’s time to consume the fish, the rice is discarded and only the fish is left to eat. However, during the 16th century, a variant of sushi was invented which is called namanarezushithat introduced vinegar to the rice. From the purpose of preserving, sushi has evolved into a variant that involves adding vinegar to the rice so that it no longer is thrown away but was eaten together with the fish. This has now become the sushi we know and eat today.
One more thing about this kind of Japanese food is that sushi platters are the most popular choice for lunch in any offices as it is very healthy, clean and very yummy finger food catering.

Where does sushi originate? Who was the first to create it? Food preservation in ancient times has always been the key to prolong the shelf life of food that occurs naturally in ancient cuisine. According to Masayoshi Kazato, a sushi chef who extensively studied techniques and skills for fifty years to create authentic and delicious sushi, that long before sushi was introduced in Japan it was originated around the 5th and 3rd centuries in China as a means of preserving the fish with fermented rice. The original variant of sushi which is called Narezushi was produced in South East Asia for centuries which some part of it are still producing nowadays. It was in the 8th centuries that Narezuchifirst appeared and was adopted in Japan. There are still some of it thrive until this day in the form of a food called carp sushi.

Originally, Narezuchi is used for the purpose of food preservation and every region in Japan has its own version of it. Narezuchi is basically rice and fish that were marinated and preserved together with rice vinegar or sake. It was then laid to a large stone to prevent it from spoilage and allow it to ferment for a longer period. However, only the fish is eaten and the rice was easily thrown away because it only meant to boost fermentation to preserve the fish. Since it takes time to make sushi in those days, sushi is regarded to be an important part of celebrations. It was served in feasts, festivals and other valuable events. 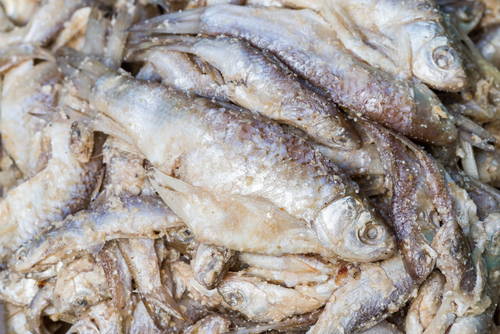 Another form of Narezuchiis Izushi that was originated from Hokkaido and Tohoku. The rice in this dish is mixed with yeast seasoned with sake and topped with fish and vegetable like radish then wrapped with bamboo leaf and placed under a big stone to set. Over time, the rice will melt and what will be left is only the fish. This dish does not have a strong smell and the taste would be similar to pickle or what they call asazuke. People who are not familiar with this kind of food will likely be attracted to taste and enjoy this dish. 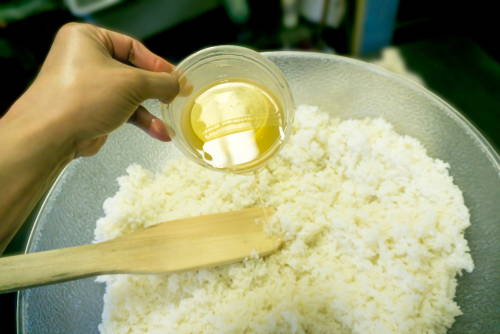 Now that we covered how sushi came about and how it was used in ancient times, let’s get insights on the one ingredient that gave sushi its power to ferment and that is the vinegar. 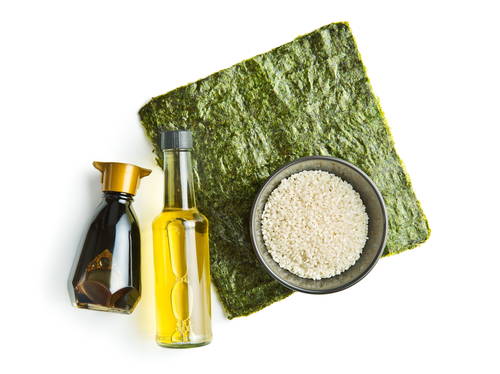 All the document about the history of sushi that says Vinegar is a necessity in sushi making. The knowledge on how to process rice vinegar was handed down from China to Japan around the 4th or 5th centuries along with winemaking. It was in the region of Izumi, south of Osaka that rice vinegar was first introduced and was known widely as Izumi vinegar which was produced until the Edo period. Because of the lengthy process of making narezuchi and with the introduction of winemaking, it became easier for the people to get the vinegar from the sediment of sake and just simply sprinkled it to rice to which this process resulted to another dish called nigirizushi. Nigirizushi is vinegared rice which is shaped in the size of a rice ball wherein a raw fish is laid inside. It first appeared in the 1800s and it became known as edomaezushi which means sushi made of seafood that was caught in the bay of Edo or what is called today as Tokyo.

Fresh Sushi became popular because of its good taste and satisfying feel that everybody loves. This dish doesn’t come only with variations but there are different types of sushi that fits every taste buds.

1. Nigirizushi – These legendary types of sushi still exist and still widely eaten with more sophisticated flavors added to suit the modern taste. Rice is hand pressed with a pinch of wasabi and includes ingredients like tuna, belly tuna, Ebi and yellowtail placed on top.

2. Makizushi- This type of sushi is rolled in nori seaweed also called norimaki. It can be as tuna roll or cucumber roll. 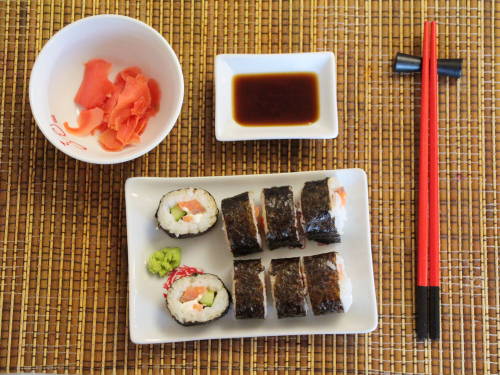 3. Inarizushi – This is deep-fried tofu that is stuffed with sushi rice. It is brown in color and has an oval shape.

4. Chirashizushi- This is a type of sushi simply served in a plate or bowl with different ingredients on top of rice. 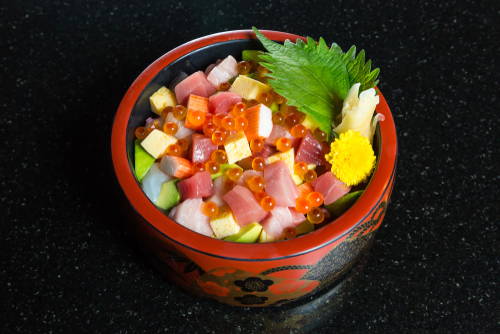 Eating sushi with a great understanding of its history is a great adventure that makes a good conversational piece over dinner with friends and family.